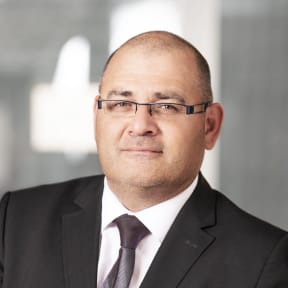 Days in advance, the colleagues in Wolfsburg were excitedly discussing and speculating about the secret program and the anticipation of the upcoming short trip was noticeable in the office. The organisation and planning of the event was taken over by the IPMA Cesko colleagues and can best be described by the word „perfect“.

On Thursday afternoon, June 14th, the time had finally come. After work, colleagues from the Wolfsburg and Lindach sites made their way to the Czech Republic. After almost 500 kilometres, they reached the Schlosshotel in Loucen.

The actual program of the team event began the next day. With bright sunshine and pleasant temperatures we went by bus from the hotel in Loucen to Mladá Boleslav after breakfast. There the Swabian and Lower Saxon IPMA employees met their Czech colleagues. After four groups had been formed, they had to find their way through the city and complete various small tasks. These included climbing the observation tower on the town square, from where the castle, Škoda factory and IPMA Cesko office had to be found, visiting the grounds of the Škoda University Na Karmeli and identifying various buildings on the other bank of the river, as well as memorising and subsequently presenting a famous person connected with the Czech Republic.

After a short tour of the IPMA Cesko offices in Mladá Boleslav, we returned by bus to Loucen, where after lunch the IPMA employees competed against each other in the craziest disciplines in the existing four groups on the castle meadow. They had to let glasses float on a cloth, put on a single undershirt one after the other, hand over objects with all sorts of things, but not with their hands, form a square with closed eyes, overcome spider webs without touching the threads, search for castles and palaces in the Bohemian Paradise, find and decipher a salad of letters in the maze and much more. Fortunately, there was also a coffee break in between to catch one’s breath.

In the evening the winning team was announced, but the winners were actually all participants who had fun with games and sports. In addition the Ego Retroband played in the congress hall until 1 o’clock in the night to the dance.

And so this year’s team event, in honour of the tenth anniversary of IPMA Cesko s.r.o. in Mladá Boleslav and Loucen, ended successfully. We would like to take this opportunity to thank our colleagues at IPMA Cesko s.r.o. for the excellent planning and execution of the event!